Ecclesiastes 10: 2, 3 “The heart of the wise inclines to the right, but the heart of the fool to the left. Even as fools walk along the road, they lack sense and show everyone how stupid they are.”

Those words were written by the wisest man that ever lived. How did he know how closely they reflect the United States today?

My heart and prayers go out to everyone who voted for the President and for those who didn’t vote at all. 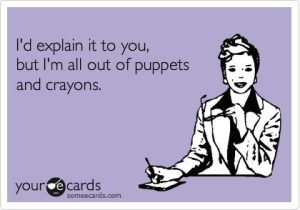 You have succeeded in making sure abortions will continue: gay marriages are acceptable and when Iran and Israel go to war, you will sit back and do nothing.

You have given free rein to a puppet man, national healthcare as a mandate, and taxes, yes, taxes will go up. Senator Reid made that great announcement yesterday.

You have decided that borrowing money is fine as long as you don’t have to pay it back. Why should you have to? You deserve it.

You have voted to enjoy the fruits of your education by going into major debt from thousands of dollars of student loans. Compliments of “Sallie Mae” promised by President Obama in October 2011.

You have allowed this government in 2012 to use our taxes for abortions and 1.2 million for a study of the World of Warcraft game. The National Science Foundation was given government money to see if rattlesnakes would accept “Robosquirrel; a robotic version of his prey.

NASA receives money to determine what foods are best to eat on Mars. For 1 million dollars a year you can enjoy the “Mars Menu.”

$300,000.00 this year was given to the Dept. of Agriculture to promote caviar; as people starve to death.

You have voted to reduce our military especially since you don’t believe in war; that makes it credible. Never mind all the jobs lost, benefits gone and the fact we can’t defend ourselves. You have designated the “Land of the Free” as open season for those who hate us; for those like Ahmadinejad who stood on this soil declaring Americans “infidels” that will be annihilated.

You have voted to ensure your salvation is as the President spoke, “a collective basis; not individual.”

You have stripped religious freedom from almost everything the Declaration of Independence says cannot be done. Instead you have chosen “political correctness” from your liberal agenda as the words we all must live by. Heaven forbid anyone would be offended.

You have voted to remove the constitution as the basic Christian foundation of this country in favor of a government that pursues demands on its citizens, like forcing people to buy healthcare unless you are in a Union. Who is going to pay insurance for those who have no money?

What about class warfare? The President believes we all should pay our “fair share” which is not Biblical.

You have voted to continue dolling out our hard earned money for welfare even though many who are “taking” it don’t qualify; they just don’t want to work. Why should they? They deserve to live off of someone else who is working. And in this process, the people who really need and qualify for welfare/food stamps are lost in the translation of those who are ripping the system off.

You have chosen a President and administration that openly refuses to support the best ally America has ever had. You have chosen an extremist relationship over Israel by denying support for the land and people God claims as his own.

You have voted “revenge” as the President announced instead of “love of country.”

You have voted to place your faith in a government that is broke, immoral and dishonest. You have taken the fiber of our nation and ripped it apart by accepting division over unity.

You have taken that which is “Sacred” ground and shoved it in the face of God by making every effort possible to kick him out of our existence.

I hope you are happy. You have won what you deserve. 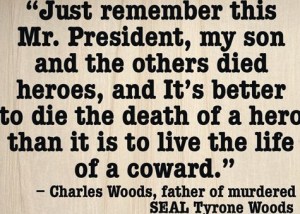 I am not sure what you think you have won, but soon you will find out.

No matter what, we all reap what we sow; good or bad.

Watch out for the birds.  You have placed America in the “Bakers Baskets.”

33 thoughts on “Reflections of Solomon: An Archaic King”