There is too much stuff going on.

I find myself lately just trying to keep up. And my small life is just that compared to the world’s horrific stage.

Coming across a website on Facebook called “Survival Straps” I was intrigued with their products and mission. Paracord bracelets are made in the USA and a percentage of the sales goes to aid our military. The bracelets can actually deploy. I ordered 2 myself not only to support our neighbors and friends here but to remind myself of the past survivor-ship in my own life.

Survival to some extent is related to hope. It comes with a desire to look forward, keep moving and overcoming whatever is thrown our way. And much debris is flying.

The appearance of evil, sinister acts and obvious assaults on mankind have escalated to maximum proportions. I don’t believe the world has ever been as sick minded and decrepit as it is in this present age.

We have to literally search through the debris to find any morsel of light, goodness or peace.

Getting past the stage of just being a “survivor” is no easy task, but very possible when you follow Jesus. And remaining in “survival” mode isn’t God’s will for his people. He has and wants to bring us up and over the mountains into his Promised Land.

What moves us past just getting through the days? How do we shuffle our feet to walk through surviving to become a fighter in God’s army? What does it take to face evil head-on stopping it in its own tracks of destruction?

Intimacy with the Father.

The wisdom and knowledge of God.

Understanding his ways; discerning his plans and purposes.

Knowing without a doubt his faithfulness is supreme in keeping his promises.

Realizing the enemy is a defeated foe.

The saying “things get worse before they get better” may be especially true today which gives good reason to get to know God deeply.

As we observe the falling apart of the world as we know it, grasping the Father’s position is paramount in comprehending how to deal with it all.  Don’t allow the enemy to bring in distractions. He is working overtime.

Know the turbulence, jolts and rattling are the storms before the calm of Jesus.

He is peace and comfort standing in the midst of pain and agony.

Jesus is the rock about to crush the works of evil in front of evil itself.

God’s doors are ready to fly open with “visions” of hope and answers to those visions.

He is on the move.

Look for him. Everywhere.

Even in the debris.

Isaiah 43: 19 “Behold, I am doing a new thing! Now it springs forth; do you not perceive and know it and will you not give heed to it? I will even make a way in the wilderness and rivers in the desert.”

There is no lesser God when the Cross of Christ is present. He is the same, was the same and will be the same.

He is the same God for all. No one is lesser in his eyes. How could they be when he created them?

We live in a fallen world. God is incapable of creating evil.

1 Timothy 4: 4 “For everything God created is good, and nothing is to be rejected if it is received with thanksgiving.”

“O me! for why is all around us here
As if some lesser god had made the world,
But had not force to shape it as he would,
Till the High God behold it from beyond,
And enter it, and make it beautiful?”

Aren’t you glad a lesser god didn’t make the world?

What would be the point in anything?

If a lesser god had created the world, we would see chaos, destruction, war, degradation, and evil so poisonous mankind would have ceased to exist long ago.

Life of any kind would have died out, never been born or had the survival skills to remain.

So…..if you grasp the significance of the perfect God, it defies all other theories that God creates anything lesser.
We are created in his perfect image. The image we receive as Christ our Savior which we will acquire when we join him.

A lesser god would only create imperfection which would send a ripple effect of more imperfections.  The question then arises,

If the world were created by a lesser god, how could that god continue to exist?

For the skeptics, non-believers and such how can you justify the perfect God is the blame for the chaos,
disorder and rampant death in the world we live in?

To deny the existence of our perfect God is to deny your own existence.
The reason being is God took the evil and made good out of it over and over.

When Adam and Even sinned, God could have said,

“Ok. I’m done with you people. Forget my plans. You have messed up big time. Therefore I am ending it all now.”

Whoa! You should be glad that decision wasn’t left up to most people instead of God Almighty.
Ending the world at that moment most likely would have occurred.

But…..God didn’t. A lesser god would have. The ugly prince of this world would have allowed a destructive apocalypse promptly. The destroyer would have won. The evil he imploded would have set the galaxies in an instant demise.

The Alpha and Omega, the Chief Shepherd, the Anointed One, our Everlasting Father knew what had to be done.
He wasn’t about to allow evil to win. He planned it down to the last breath of his son on the Cross for the redemption of mankind.

A lesser god could never have produced it. 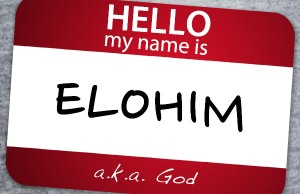 A lesser god would never have wanted it.

A lesser god would have lost it all for the sake of no one.

The true and only God of the universe is the only avenue the world exists today.
In the midst of horror, tragedies, wars, and disgrace, he sent his son to shed the only blood that would count.

The blood of Jesus, holy and pure set itself against non-existence of mankind.

So……the next time you question the existence of our awesome, magnificent perfect God, think about how fortunate you are not to be children of a lesser god.