When it rains it pours.

Trust has to be earned. Sincerity and honesty don’t come wrapped in a package with ribbons.

Unless you have been on another continent or stuck on a remote island with no communication with the outside world, understanding the truth of trust broken in America has hit an all time high.

As the leader of the free world stands behind a real podium and announces, “I had no idea any of this was going on” many questions fill my brain.

What was it Bill Clinton repeated over and over?  “I did not have sex with that girl?”

If there is a correlation here to the present condition of our government, it is a real lack of trust within the administration itself. One dept. after another including individuals would just as soon throw each other involved in the latest defamation of our freedoms under the next bus that drives by 1600 Pennsylvania Avenue.

Trickle down suspicion is the first secret to be exposed. One by one the malice spreads until the dark shroud is lifted by some degree of confrontation or truth spilled unexpectedly. Lies eventually speak for themselves.

As if the latest explosions of treason weren’t on the radar, the only hold out was when they would detonate. If you didn’t see this coming you must have been watching the shopping channel.

“The government has placed itself in the position of never getting caught. Do whatever needs to be done to get what we want. It doesn’t matter who you step on, what group you profile or what embassy gets blown up; we will press forward with the democratic agenda. If we have to we will rid the nation of conservatives who are racist, extreme terrorizing groups and individuals who desire to end abortions, stop Gay Marriage and use guns to shoot those of us who disagree with them.”

Unfortunately, attitudes such as the above are a result of the blindness of liberals. I for one am disgusted at the constant attacks, ridicule and lies being told about those of us who follow the constitution and live accordingly. After this past week, they have no argument. Besides the facts that have surfaced implying possible criminal activity is the sickening hypocrisy the left has hurled continuously at conservatives. 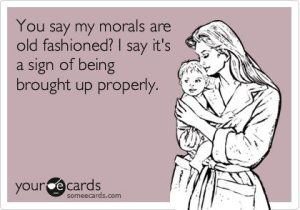 Regardless of how this plays out, consequences of sin from this government have already been set in motion. The absolute turnaround within the last few months of an arrogant, sanctimonious group of people is now emerging.

As I have written over and over, no matter what good may result from the present Government, issues such as homosexuality and abortion have been stipulated by God as reprehensible acts. These issues will trump anything else. God is not in the bargaining business.

My prayer is that those who have misunderstood the truth will allow God to open their eyes and hearts. This is not about getting revenge or reprisal. It is about restoration and repentance for our nation that is hanging over many cliffs.

If I didn’t know any better, my sense is a new leader has moved into the Oval office.

2 Peter 2:19 “They promise them freedom, while they themselves are slaves of depravity—for “people are slaves to whatever has mastered them.”

‘Our Nation Has Lost Its Way’

“I will not—cannot—vote for a candidate, regardless of their political affiliation, who supports same-sex marriage and advocates abortion. God will judge our nation if we continue down this path.”

Please read Franklin Grahams’ entire letter about the state of our nation at the following link:

Facebook is riddled with after debate comments, slams and compliments.

News outlets, political organizations and the likes of Michael Moore having what was labeled as a “meltdown” after the debate has over shadowed any other news.

Reading political rants about the differences in the two candidates and their verbal repertoire has intrigued me.

How? The question mark is how can an intelligent, knowledgeable, Christian have any doubt about the President? Prior to the debate he made clear his stance on Gay Marriage, abortion, and Israel.

These three issues are enough for any Christian to see the President’s will is not God’s will. One can claim Christianity, but living it or acting upon it automatically reveals the true nature of the heart.

As Christians, finding one or two areas that one candidate may oppose that you may believe in, does not alter the point. The point being abortion, gay marriage and 100% support of Israel trump any other belief.

The idea we are or should depend on any government for our basic necessities is frivolous jargon.

If we as Christians will vote as God sees fit for us to do so, he will take care of the economy, our debt and any issues that need his attention. 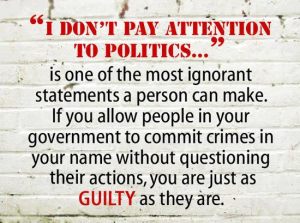 He has great connections with Heaven’s bank.

God has a hidden treasure chest just for debt.

He is the author of a stable, growing economy.

He ranks highest among healers and physicians.

God is the provider of all things welfare.

God’s army includes a strong, military base on earth.

He is the Department Head of Environmentalists.

His expertise in running any country cannot be matched.

He is “King of Kings” and “President of all things Presidential.”

BUT, we must first agree to live life Biblically.  What is the verse?

Matthew 6:33 says, “But seek first his kingdom and his righteousness, and all these things will be given to you as well.”

When we place God first in our lives, he will supply abundance; not some, not a little, not a portion, or just partly, ABUNDANCE of everything we need.

It was as clear as day how uncomfortable the President was on a stage with Mitt Romney. He appeared intimidated by his wisdom, and his facial expressions disdained and beaten down.

He was reserved, quiet and emerged as one who would rather be doing something else on a Wednesday night. He manifested himself opposite of his usual boisterous, arrogant, and cavalier personality.

Mitt Romney was factual, statistical and prepared. He was ready, excited and persuasive. No mask was involved or needed. His performance far exceeded the usual eloquent speaker beside him.

For the record, I have prayed for months for this election and our President. It was my hope he would grab hold of the opportunity of a lifetime that God gave him.

The President is not a man after God’s own heart. His heart is after a man he met once who left a legend of anti-colonialism in his wake. Spearheaded by this inoculation of piracy of colonized nations, a basis for a world order, the President’s ideals are opposite of our founding Fathers.

Evidence of his radical upbringing along with his anti-Israel avoidance has shouted loudly from the Oval Office for the last 4 years. His endearment to countries of violence and hate; his questionable involvements and lack of peace making derivatives claims no unity for America.

If anything, he has divided this country.

There may be variations of policy or platform from each candidate,
but the groundwork is completely opposite. Both can’t be the truth.

John 8:32 “Then you will know the truth, and the truth will set you free.”