I listened to a 3 minute video yesterday by Rick Warren. No matter what you may think of this man, his family endured the worst year of their life in 2013. Their 27 year old son Matthew who had suffered mental illness most of his life decided it was over. After committing suicide the Warren’s took a 3 month hiatus. The video is a significant tribute of how God held him together. His appearance was remarkably charismatic. He smiled and spoke with confidence and grace. He was a father who misses his son, but a man who knew how and where to go for the help he needed to deal with such a tragedy.

Ephesians 6:11 “Put on God’s whole armor [the armor of a heavy-armed soldier which God supplies], that you may be able successfully to stand up against [all] the strategies and the deceits of the devil. (Amplified)

We all need each other at different times in our lives and especially when our hearts are broken.
But no one can give us what God can.

The “Passover” is one of the best examples of God giving a prevention method to his people before the enemy hit. Those who listened and acted were spared the horrors of the “Angel of Death.”

As Pastor Warren spoke he told of how his family had given every possible medical and psychological attention to their son for many years. Supportive prayer was the ultimate therapy. But Matthew chose to wear the armor of someone else instead of his own.

King David was evidently a small guy; Saul the King of Israel was a big man.  Before David took it upon himself to kill the “Giant” Saul offered him his armor.  Sorry, but that would be like my husband giving me his clothes to wear.

1 Samuel 17:38 “Then Saul clothed David with his armor; he put a bronze helmet on his head and clothed him with a coat of mail.” (Amplified)

We are not meant to wear another person’s armor. David knew this because he knew the Holy Spirit was with him long before he faced the Philistine.  He knew he should follow God’s leading, not wear armor that would fall off of him.

As we fast approach Easter, the Passover is like a shield of covering to all of us. The protection God gave in Passover was settled at Easter.

Understanding this awesome gift is only done by going through our own crucifixion based on Jesus’ death and resurrection. Surrendering sin, confessing our hearts desire to be more like Jesus allows the Holy Spirit to take up residence within us. God never meant for him to be a guest.

Once done the Resurrection life of Easter should enter and occupy every area of our lives. Then God will be able to fill us with his holiness.

Does your armor fit?

If it doesn’t then you must have the wrong designer. 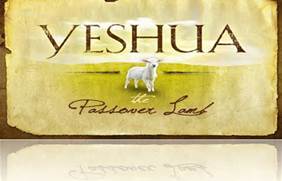