The role models of women in the Bible are unshackled, resilient and persistent.  Their place in society was often met with adversarial issues but many rebuked them. 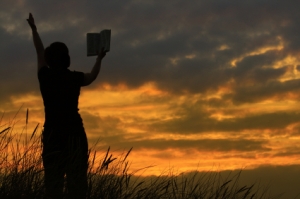 These chosen suffered greatly just as women do in modern society but rose to unknown heights due to God’s power in them.

The truth is we are not all Eve, Deborah, Mary or Mary Magdalene. However, that does not restrict us from becoming all God plans for us nor does it diminish our position.

In modern society Joyce Meyers is most likely the most well-known woman preacher in the world but she didn’t get there by living a “Pollyanna” life. No, her testimony reveals the first 25-30 years of her life were plagued by sexual and emotional abuse by her father while her mother did nothing. The anger, resentment, bitterness, pain and hurt was all she knew until she met Jesus.  I recommend listening to her testimony if you have never heard it, but get a box of Kleenex before you do.  If there is a current observation of God’s ability to change a person, she is it.

The “feminist” movement in the 60’s was a woman-made evil that led many of us to wrong thinking.  Few women have lived up to this hierarchy of royalty by becoming the CEO of major companies, star-studded actresses and political grandeur. Sadly, if you aren’t a part of this elite group, consider yourself a failure.

The question has always bothered me if for centuries women didn’t work outside of the home why now? Because the feminist deemed it so.

The lies started that women could have it all. Oh….the idea women have some great inexhaustible amount of physical energy to not only procreate but financially be a breadwinner.  Lot of good that does if you have a dead beat dad or ex-husband.  Get thrown into the lion’s den of single moms/dads and that theory can fly out the window.  Nonetheless, the married woman carry’s the weight of family reserve, doing laundry, cooking, cleaning, etc. etc. etc. and holding down a full-time job.  Oh, is being a wife and mother a full time job in itself? And if I am correct don’t children hang around home until at least the age of 18 +++++++?

Before some of you begin screaming I will get to the Proverbs 31 woman eventually. Hear me out first.

During my years as a single parent I almost killed myself. Trying to live up to this dilemma of super woman only left me with illness, depression and wondering why everyone around me expected more of me than I had to give. It left me empty, hopeless and fearful of failing.

I was so busy trying to do it all, I lost my identity.

I was so busy trying to survive the feminist agenda I began to hate it.

I was so busy fighting for anything to fill my emotional state of disrepair I didn’t know God didn’t expect half of what I was trying to accomplish.

Maybe some of you are saying, “I don’t think it is that hard.” Fine. Where were you those 12 years of me being a single parent? I could have used some help.

The truth is this is not Biblical. During that time I questioned God over and over not realizing the garbage being preached from platforms of “feminist junkies” didn’t apply to me. Actually it doesn’t apply to anyone. It is a fairy tale from hell.

If God created distinct differences between man and woman why are feminists trying to entice women to be men?  When did they decide women didn’t need anyone or anything? Who came up with the idea women are self-sufficient and invincible in their own right? (Romans 12:3)

“I am woman, hear me roar,
In numbers too big to ignore…Helen Reddy, May 1971

If women are declared to be self-sufficient according to the “feminist” it is a slap in God’s face.

Ephesians 2:8 “For by grace you have been saved through faith. And this is not your own doing; it is the gift of God.” 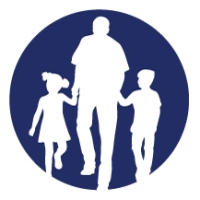 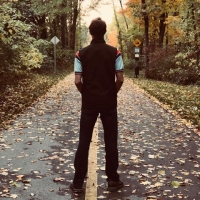