How did William Shakespeare know that? Were there loud mouths during his era?

Romeo and Juliet weren’t. They kept their love a secret.  Until…..

Shouting to be heard could be for a variety of reasons:

2.    People aren’t listening and they feel what they have to say is of utmost importance?

3.    Clearly they want to make the point they are correct?

4.    Prove their position is worthy of acknowledgement?

5.    They believe you didn’t hear them the first time?

6.    The person shouting is hard of hearing?

Repeating, lurid and brash voices have ravaged our lives. We are inundated with the ostentatious attitudes of unrefined mouths.

There are smokescreens of lies riveting the general populace. Why? To exploit the uneducated.

“What they don’t know won’t hurt them.”  Words of an indigenous culture which has become the latest generation.

The unschooled listen to those who speak the loudest as they approach them with rations and allocations of needed possessions.

There is nothing like a hollow stomach to entice one to manipulation and control.

His ravenous desire spoke louder than his inheritance.

The instruments of communication and schemes of civil doctrine deliver a daily “war of words.”  Screaming from lecterns each one attempts to howl louder than the opposing side. At the end of the day, threats of control and manipulation echo from the “hill” of fools.

And where does that leave us?

Ignorant of the truth.

Proverbs 14:7 “Stay away from a fool, for you will not find knowledge on their lips.” 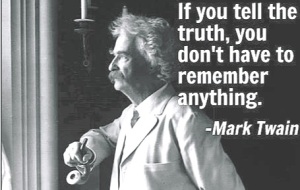