After reading through it, I was angered by those involved in movies and TV who have made fortunes off of violence. The fact that guns or weapons are used and yet these actors are outspoken against using them in the civilian culture is hypocrisy at its worst.

The list goes on and on of companies like Ben and Jerry’s Ice Cream, the YWCA and Hallmark Cards who share this fight on gun control.

Many listed are multimedia companies or connections to the movie and TV industry. They don’t have a problem luring people to watch on-screen bloodshed and savagery as long as they make money. Yet, the real world should be absent of protecting families, schools and neighborhoods
with anything armed or considered a gun.

Instead of restricting use of our 2nd Amendment rights, why aren’t Diane Feinstein and her cronies going after Hollywood? In the last 40 years there is a marked difference in the programs on TV and movies.

Did Andy and Barney use foul language?

John Wayne and the “Rifleman” used rifles and guns; but only to fight evil.

Can you imagine sexually explicit scenes on “I love Lucy” or Mary Tyler Moore?

And what about teaching the Gay Lifestyle on “Leave it to Beaver” or “Eight is Enough?”

Today I received in the mail a letter from Franklin Graham of the Billy Graham Evangelistic Association. The purpose was to get the word out that restricting guns will not stop bad people from doing bad things. It was clear the emphasis should be placed on the mental health of our country.

The BGEA immediately sent a Rapid Response team the day of the Sandy Hook Elementary shooting. They are presently training 10,000 trainers across the country to aid in servicing churches in a program called “My Hope.” Our country is in desperate need of a massive change to fight off the evil that has invaded us. 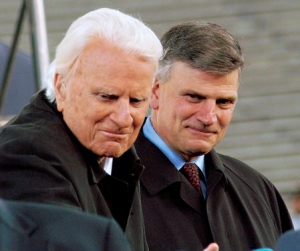 The summary of the letter was and I quote, “The problem –the real crux of the issue-lies not in the instruments of violence used, but in the evil and depraved heart of man.”

When Jesus wrote Luke 22:36 about selling your cloak to buy a sword, he meant it for protection and to fight off the enemy. He warned us of “wars and rumors of wars” along with the everyday battles of life. He gave us the right
to protect ourselves and our families by using weapons.

He would rather our hearts be changed to eliminate the assault of hatred and disorder caused by those who harbor such emotions, but he knows what we deal with.

2 thoughts on ““If you don’t have a Sword, Sell your Cloak and go buy one””