Have you ever needed a crutch? You know, like the ones I have in my closet? I keep them around for such uses as a possible sprained ankle, or a broken

foot or to push the boxes off the top shelf. Yes, it is a handy tool instead of walking all the way to get a stool which still isn’t sufficient for me to reach the loftiest rack.

The almighty crutch has been around for centuries. Maybe not the one with the rubber head that attaches under your arm to aid in walking but pedestals of power.

Yes, we have succumbed to leaning.

Leaning on this, leaning on that until the instrument of strength falls apart and we are left standing alone wondering why it fell over.

“These crutches were supposed to last longer than a few years!”

Remember the first crutch you held on to so tightly you never dreamed of it crumbling? Fear grips you like being thrown overboard without a life jacket and the sharks are hungry.

America is standing on the hull of that ship. Enamored with a false sense of security believing any government can keep the ship moving is like knowing a village somewhere is missing their idiot.

Whatever we can conjure up to save us we search. Other people, money, fame, atheism, religion or identical brains to Einstein; it makes no difference. Einstein couldn’t brush his own hair, much less act as a pedestal of intellect.

As the “crutchers” claim fame to those who appear to offer the world, the power hungry flesh eating sharks devour everything from identity to controlling your bank account.

Ultimately, the crutch fastens itself to your security, mental aptitude and emotional dressing leaving you hopeless and helpless. Of course that is the goal.

So which is worse? Or does it matter?

Neither is good; neither is healthy. And yes it does matter.

The “crutchers” or those who need a crutch will eventually hit bottom. The pedestal may disintegrate over time but leave the “crutchers” nowhere to go but up.

The “crutch” feeds on the attention, authority and fueled ego of a false belief of self-worth.

The “crutch” deceitfully savors the podium’s skilled platform for a season; until all hell breaks loose and their empire begins a modern day Babylon. (Daniel 5) Unlike the “leaners” the “crutch” has nowhere to go but down.

Accountability will rear its ugly head because the elevator goes both ways.

Issues of time occur with both, and the depth of the “Babylonian Fall” may influence one’s decision.  The Belshazzar’s may drink from a much deeper cup than the child who praises the reign of a parent. 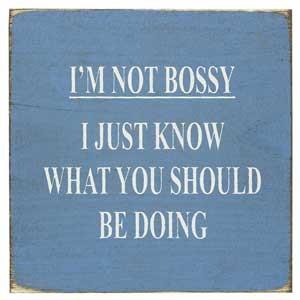 No matter which division you hail from, a meeting of the minds is necessary.

Given the ideology, the enemy has made this a “poster child” of survival. We in our negligence pick a team he has dreamed up, falling for one or the other with the final lap resulting in the same death. He could care less which team we choose as long as it isn’t God’s.

Evaluating the teams as to who reaps the harvest of God sooner or later is a feat not yet finalized. And if you are a Belshazzar who reveres and coddles your golden crutch too much, you might want to read Daniel 5. The party is always over before it starts.

As for the one who is always leaning, get up, dust yourself off, throw your doormat out and start over.

The moral here is balance.

What we permit will often continue unless we ask God to deliver us from this evil.

If you need a crutch, lean on God.

If you are the crutch, use them for firewood and pray for God to transform you.

In either case, the cross can be seen from both viewpoints.

Hope for Today will inspire you to live a life connected to Christ by empowering you to fall in love with Jesus through personal spiritual growth. Teaching you the power of your identity and authority in Christ. Encouraging you in your inheritance as an ambassador for the kingdom of God!

Our Life On The Border

Our life and ministry on the Border, The Baja & Beyond!